Details of a Rosie head surgery

I got some questions about details on altering a regular Barbie head to fit the Rosie ODonnell body, so I grabbed another spare head and took some closer, clearer pictures.  I'm bad about forgetting to take pictures while I do something, so maybe this will make the process easier to follow.  You have to start with one of the bigger headed barbies, otherwise the head will look too small.  I used Raquelle because the skin match is so good, but any big headed playline barbie head will fit. 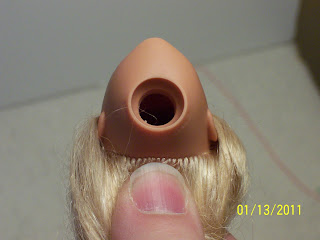 I'll assume most of you have beheaded a Barbie before.  If not, How to Play with Barbies has a great tutorial that shows you what the inside of a Barbie head looks like (let's have a minute for the Pop Life Christie that was sacrificed).  So to make a regular barbie head fit Rosie, you have to remove part of her throat (the visible underside of her head) and part of the column of rubber inside her head. 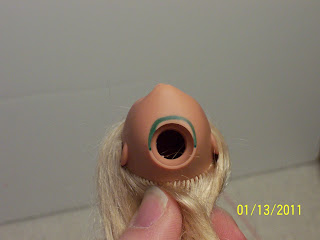 Where the green line is drawn is where you will be cutting.  You're basically cutting a crescent moon shape from her throat.  Stick the exacto knife in far enough to go through the rubber column in her head, OR shave the neck down and then saw the column out--neatness isn't really an issue here.  You can always neaten up the cut later, OR ignore it since it's under her neck. 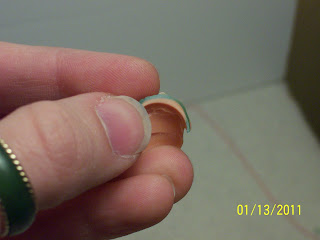 Mine came out in two pieces, and it really looks like my finger in this picture, but the thing at the end of my thumbnail is the half of the plastic column with the piece of her throat at the top.  What you pull out of her head will look something like this, but it may be in pieces. 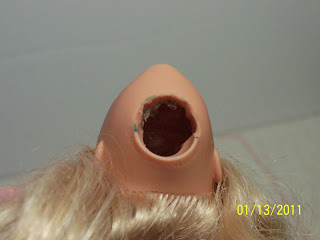 This is what the inside of her head should look like now.  The back of her head/neck is untouched, but the front has part of the skin removed and the front half of the rubber column inside her head. 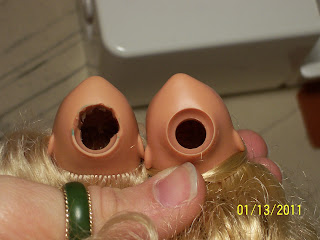 Here you can see the difference between the new Rosie head and an uncut barbie. 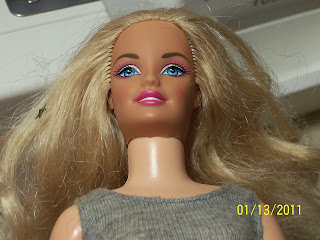 This shows Barbie's carved out head sitting on Rosie's neck.  This head could probably stand to be shaved down a bit more, and is obviously the wrong color.  I also wrapped a bit of duct tape around the neck post to give the head something to grip to. 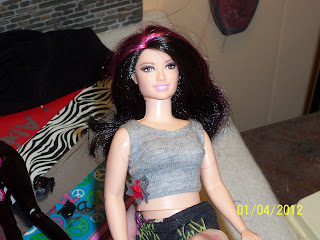 And of course, here's Rosie's actual new head, the lovely Raquel.
Now go forth and re-head those Rosies!
Posted by Miss_Lola_77 at 7:45 AM

Miss_Lola_77
I grew up loving My Little Ponies and didn't really play with Barbies. So I'm catching up now.